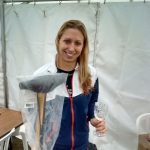 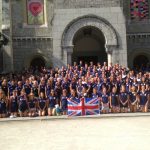 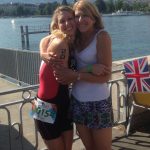 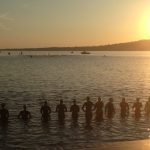 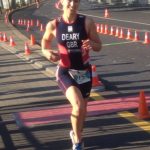 The European Championships in Geneva came and went in a flash. Being part of the GB team was an amazing experience, and I am not sure I’ll ever participate in a more scenic race either. I certainly won’t ever swim in cleaner water! I can now proudly say that I am in the top 20 of Europe, finishing 19th. Had my race gone to plan, I would have been disappointed with that but due to being stopped on the side of the road for 25 minutes with a flat tyre, I am just happy I didn’t finish last. Before you say/think it, no, it doesn’t take me 25 minutes to change a tyre! I didn’t take a puncture repair kit with me, so I had to flag down one from a very kind Swiss competitor. With that, my hopes of a top 10 finish were dashed but my dreams of crossing that finishing line were not. This was especially the case as I had 10 members of my family waiting for me, including my amazing 84 year old Grandma!

Once I was back on the bike, I raced the 40km with the aim of closing down as many people as possible, clocking 41kmph through a speed trap!  I also completed the 10k run with the second fastest time. This means that there were still plenty of positives to take from it.  Once I realised I could have finished in the top 5 and potentially even on the podium without my tyre issue, it originally made it worse.. But on reflection, it has just motivated me further.

Since returning from Geneva, I have competed in the Worthing Triathlon which was a qualifier for next years European Championships in Lisbon. As I had already qualified for Lisbon, I used it as a training race.  This meant that I continued training fully right up until the day, rather than tapering off towards the event. Despite this, I won!! And my prize for winning it? A tyre pump. (Oh the irony….)

I have recently set up a pledge funding campaign. It feels odd to be asking people to provide donations towards my triathlons, but if it means I can afford puncture repair kits, surely it’s worth it?! If anyone could share this campaign with friends or family I’d be extremely grateful. My campaign has 19 days left to run and if I don’t reach 50% of my target all the money is returned and I don’t receive anything.

9 weeks and counting to the World Championships in Chicago. Plenty left to do!

Thank you for reading