I am very happy to be able to say that on Sunday I finished as the 2nd elite woman in the Outlaw Holkham Half Triathlon! This was a half ironman distance event (1900m swim, 90km bike and 21km run) in the depths of north Norfolk.

Here’s 5 things I learned from the race on Sunday:

Fortunately, my Grando lives relatively near to Holkham so we were able to see her whilst also having somewhere to stay the night before. However cleaning out my Grando’s cupboards the night before a race, including eating plenty of out of date chocolate and biscuits probably isn’t the best race preparation. Thankfully my stomach held out during the race.

Access to a free 15 minute massage post-race made a huge difference to my ability to walk after the race. However, sunbathing after the race whilst still wearing my trisuit and having massage oil all over my legs inevitably lead to some interesting tan lines.

If you’re lucky enough to be involved in the prize giving ceremony for a half-ironman event, prepare yourself for a long wait after you’ve finished the race, hence the need for some sunbathing.

When I stepped up to this distance I was most concerned about the run. A half marathon is a long way after completing a 90km bike ride, but I absolutely loved it on Sunday. My brain/body never ceases to amaze me how it embraces these new challenges. I can’t take all the credit though, the support from my fiancee and John (from Fenland Runner) giving me updates and encouraging me on each lap was invaluable.

I absolutely love this Sport. There is no feeling quite like running the last few 100ms towards the finishing line with everyone cheering and shouting your name. This moment is always incredibly emotional for me, but thankfully I had sunglasses on so could fight back the tears. 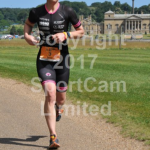 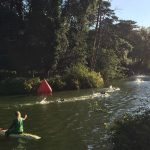 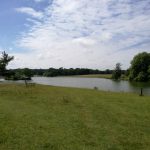 The swim was an out and back around an island. The day before the race, we were able to walk along a footpath that followed the swim route, which is quite a rare thing. What surprised me the most was quite how far the 1900m felt when walking it. The race start was in deep water and my wave included men as well. This led to me getting a bit battered and bruised right at the start, as people were fight for position. It was a little scary and it’s certainly the closest I have come to hyperventilating, as I just couldn’t breathe due to getting knocked about so much. However, once I managed to get out of the way and settled into my own rhythm, I was fine. The only other “obstacle” I had to overcome on the swim was the plethora of weeds getting caught around my toes which was slightly annoying! Despite all this, I came out of the water in 2nd place which was a nice surprise.

On the bike, the roads were not closed but the junctions all had stewards on them, to give the cyclists priority. I haven’t experienced this before and it made a massive difference, especially as most junctions were gravelly and full of potholes. It really helped not having to worry about traffic too. The road surface was awful for the first 20km, really rough and bumpy so I was rattling around in my helmet. One thing I need to get used to is being able to set a really high pace on the bike on my own. In shorter distance triathlons, I got used to waves of age group men over-taking me, which provides me with someone in front to try and keep up with. At longer distances, the field tends to be more spread out so there’s less people to use as a pace-setter, which is annoying.

One thank you I have to make is to the commentators of the race, they absolutely made the race better for me and I’m sure for all the spectators. Thank you very much for your support and encouragement. When I was running out of T2 they said I had the two best transition times of the day – at that moment in time I was thinking “great but I don’t get a prize for that”!

The run was 3 laps around the grounds of the estate, starting with a couple of daunting hills. We had a tailwind on the climbs and a headwind on the flat sections which I was happy with. Starting the run in 3rd place (having lost a place on the bike) I was in “hunting” mode – I was driven on by the prospect of catching the people in front of you. This is where the supporters played a huge role. Their updates on how far ahead my competitors were really helped. Saying that, I was very conscious about starting out too hard considering I still had a half marathon to complete. On the 2nd lap, I gained a position and moved into 2nd place, but wasn’t really sure how far ahead the 1st lady was at this point (as I had started the run with an 11 minute deficit to make up).

Crossing the finishing line was brilliant. Once I saw my times, I noticed that I actually got a PB on the swim, bike and run! I also realised I had narrowed the gap to the overall winner on the run by over 9 minutes and was less than 2 minutes behind her when I finished. If only there had been one more lap of the run. I’m still incredibly happy at my performances considering this was only my 2nd proper triathlon at this distance and I’m still learning a lot about the racing.

I now have a solid training block coming up which I am looking forward to before my first Pro start at Ironman 70.3 Dublin in August, exciting!

Thank you as always to the incredible support from my sponsors, friends and family. 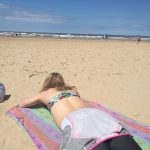 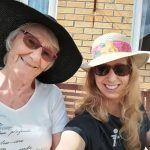 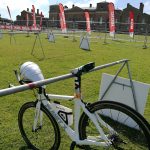 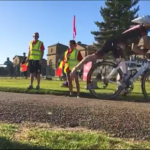 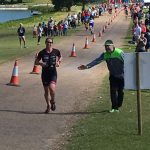 John shouting (nicely) at me 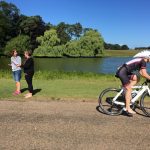 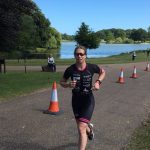 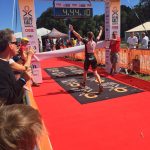 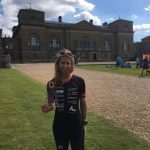 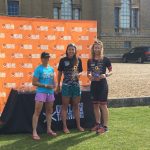 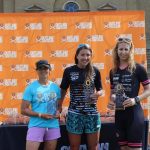 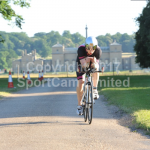 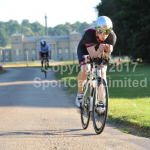 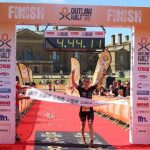 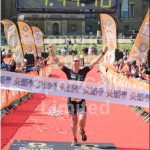 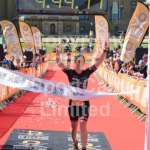 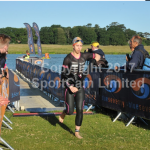 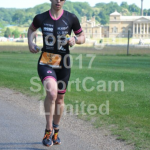